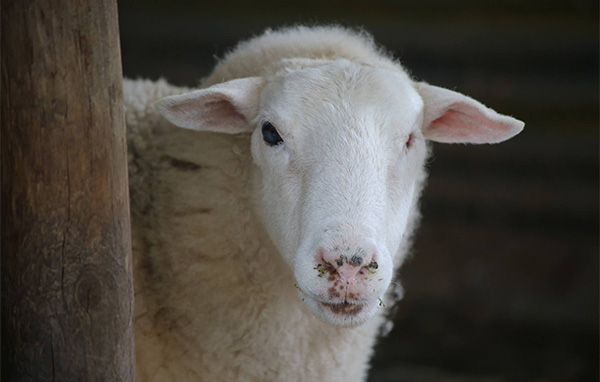 Sweetie arrived at Freedom Hill November 2014, she was advertised on Gumtree as a ‘give away’. She was used for breeding for three years and became of no use to the farmer when she developed tumours in her eyes. Sweetie is totally blind.

One of Sweeties eyes was injured/poked out and the other had sever tumours which caused blindness. When Sweetie first arrived at Freedom Hill she was terrified, she paced up and down her enclosure and ran at the fences when we tried to get close to her. Slowly over time she has settled into her new home, she knows our voices now and calls out for food when we’re close by. Sweetie loves nothing more than fresh hay! She is still a little frightened of new people but is happy and loved.