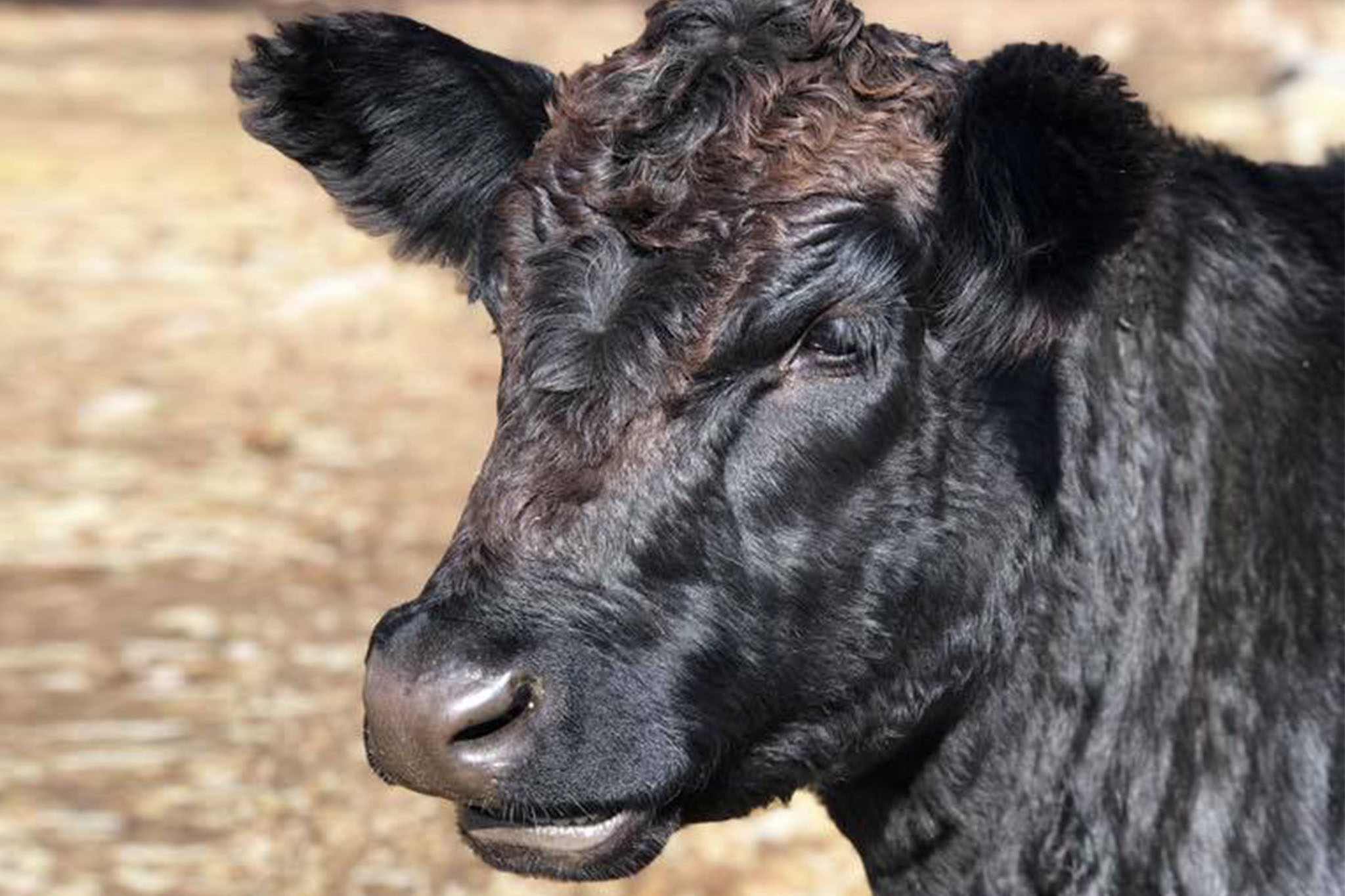 Ashling is a Murray Gray/Black Angus, born on the 29th of September after a traumatic birth lasting around 12 hours. Her young 2.5 year old mum broke her hip while giving birth and was put to sleep. It took three days for baby Ashling to stand because of her own hip problems stemming from the traumatic birth, and on day 10 she developed an umbilical infection which she’s since overcome.

She was very much loved by the person who picked her up, and as she would have been used as a breeding cow which would have likely led to her dying in her first cycle due to the ongoing complications from her own birth, they couldn’t leave her there.

In a way her mum gave her a parting gift: a life free of the endless cycle of birthing babies and having them taken away. Her vision and dream was freedom for her calf.

A life all farm animals deserve.